Organizations often develop a complex series of metrics or key performance indicators (KPIs) only to find managing to the metrics does not lead to success. Margins erode while operating metrics indicate otherwise.

The lack of success is directly related to the typical approach of developing a set of metrics to address a perceived problem rather than looking at what is really important.

This problem focus just forces the organization to squeeze one end of the balloon while the other end is about to burst.

Dean Smith, lauded as one of the most successful college basketball coaches in collegiate history, understood what performance measurement really meant. Before coaching, Dean studied mathematics and developed a penchant for numbers. Early in his basketball coaching career, he studied the numbers in the game and devised a system to measure every aspect of the game. He was able to identify and link atypical metrics to what it took to win the game.

Pundits might say measuring game performance is simply whichever team scores the most wins the game. Dean didn’t give in to this simple notion, because he knew teamwork was the critical factor for winning on a consistent basis. He measured assists, passes, setting effective screens, and even taking dives on the floor for the ball—all considered unselfish play for the sake of teamwork. We’ll let Dean’s 879 wins speak for themselves.

Most organizations tend to focus on profits and very little else when it comes to measuring performance. Everyone in the organization is told to focus on profits, translating into cutting costs and increasing sales. One large service organization focused so much on profits by cutting all costs, including maintenance. Equipment declined to a state where catastrophic failures chased all their customers away. The company’s leadership then put pressure on the sales organization to sell more, but the damage was done and sales efforts failed. The organization went through a bitter bankruptcy and has yet to recover.

How does an organization define the metrics that ultimately predict success?

The science begins with identifying the right pool of metrics to be considered for measurement. Identification requires the organization to clarify the critical competencies and work processes required to meet strategic goals. This process starts with the organization defining competencies, reflecting how they compete and differentiate themselves in the marketplace. For example, an oil and gas company’s competencies include: exploration, development, production, marketing, etc.

Once an organization defines its core competencies, leadership should define the critical success factors (CSFs) that ensure each competency is met. The same oil and gas company’s Exploration CSFs would include: finding high-producing wells, maintaining lease agreements, and increasing proved reserves. Each of the CSFs should be supported with metrics to measure success.

The definition of each CSF metric should define what is important to measure. Any measure that does not tie to a CSF should be eliminated.

Ultimately, the organization ends up with a long list of metrics organized under each competency. The science only solves the question of what should and should not be measured. The art ensures the definition and implementation of a metric drives the right behaviors and outcomes.

The art begins with prioritizing, then defining the metrics, and then assigning accountability. Prioritization is internal benchmarking of the organization’s metrics to identify which are important and which are meaningless.

For example, an oilfield services company analyzed its profitability and found the districts with more customers had higher profitability than those with fewer customers. The analysis was a one-time snapshot of profitability. However, when the oilfield services company examined which districts sustained success over time, the districts with fewer customers were more successful. The company decided customer count was not a good indication of success, and they found better metrics to measure sales team success.

This is where hiding behind metrics occurs. The art decides what represents reality and what does not. The lower performing districts devised a metric based upon a 40-hour work week to make their reports look good. Organizations should develop a consistent measurement definition across all business units.

After the high priority metrics have been well defined, accountability for results should be assigned. Again, this is an art. For example, it may sound logical to assign responsibility for collections to the Credit and Collections Department, making them responsible for days sales outstanding (DSO). However, further examination may say otherwise.

For example, a large specialty chemical company’s sales team was selling products to customers known for slow payment. These customers were an easy sales target since most of the lower priced competitors were not eager to sell to slow paying customers. The sales teams, driven by sales revenue targets, were not accountable for DSO. The sales team was hiding behind increased sales instead of the cash needed to run the business. Cash flow began to dwindle and the Collections Department had to add staff to collect from idle customers. Later, the company decided to hold the Sales Team accountable for sales collections (tied closely to DSO). The sales team began to get involved in collections and shifted the sales focus to more reliable customers, alleviating the strain on the company’s cash flow.

The art of assigning performance metrics requires an organization to think outside typical functional boundaries.

A robust performance metrics program starts with the science and ends with the art. The science is a logical framework for identifying the performance metrics that tie to the organization’s critical business processes and strategy. The art is the prioritization and assignment of metrics, which requires a combined understanding of what drives business behavior and how the business operates.

Behind every metric lies the logic and the responsible party. If both are not clearly examined and accurately assigned, the metric loses functional integrity. 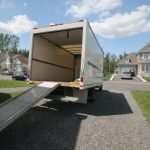 Making a Move: Change Management, One Step at a TimeArchive 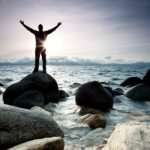 Leading Change: No Guts, No GloryArchive