Aesop’s fable about the strength competition between the North Wind and the Sun is a classic metaphor characterizing the difference between persuasion and force. The challenge was to see which could make a passing traveler remove his cloak. No matter how hard the North Wind blew, the traveler only wrapped his cloak tighter. However, when the Sun shone gently, the traveler became warm and had to take his cloak off.

Unfortunately, it’s common for ERP implementation teams to take the North Wind approach to change management. Mass emails are distributed, conference calls are held, and corporate mandates are communicated. Similar to the traveler and his cloak, people continue to resist change regardless of what they are being told. The longer the web meetings and communications, the more resistance is encountered.

How can the ERP project team help people overcome resistance to change? The most effective ERP change management teams use the following techniques during implementation:

People want to be heard and treated as if they are important. Visiting with employees in their environment is a clear indication the project team members are listening to concerns and care about what happens when the new ERP is implemented. People will listen to tough messages if they believe the project team cares enough to make an in-person visit. The message is not considered an edict from faceless tyrannical headquarters staff on a conference call.

People want to know more than the what and how. Everyone wants to know the why. Sharing the reason for moving to a new ERP provides people with a perspective. A district manager once said, “Now that I know why we’re making this change, I’ll follow the new policy. I want to do what’s best for the company.” Dictatorial edicts for operating in the new environment often leads to people digging their heels in and ignoring the changes.

People understand change is inevitable once the ERP project is announced. Most people have good ideas for how to improve operations or make day-to-day activities more efficient. Ask for the ideas and find ways to incorporate at least one or two ideas into the new process. Obtaining input from a wide variety of people allows the ERP project team to create demand for change.

It’s surprising how often key people are first presented with the new processes and system during training. Until then, only the core project team has designed and tested the new environment. Involving a larger group of people in unit, integration, and user acceptance testing is a low-cost and easy way to involve people and increase acceptance. Participation in testing new processes and system functionality helps identify “show stoppers” and creates goodwill.

Effective ERP change management involves persuasion through involvement. By enlisting help and support as opposed to demanding change, people will be more accepting of their new processes and roles in the system. Trenegy helps companies create demand for change to ensure new ERP systems are used to support day-to-day activities. 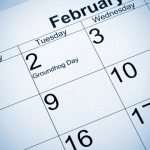 Is It Groundhog Day at Your Company? How to Improve Budgeting, Planning, and ForecastingArchive 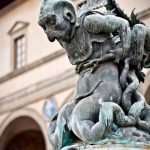