Why do most organizations continue with ineffective, inefficient operational business practices and leadership rarely seems interested in making improvements? It boils down to three things: expertise, trust, and guts.

Late in the 1800s, a large freight ship owned by the Magellan Tea Company carried massive amounts of cargo across the Atlantic Ocean, enabling textile trade between Europe and the United States. After a few years, issues arose with the crew’s ability to meet scheduled deliveries and minimize cargo loss.

Magellan’s owners hired a consultant to observe the shipping practices and make recommendations for improvement. The consultant quickly learned the underlying cause of the Magellan Tea Company’s issues was morale. Crew conditions on the freight ship were deplorable, and many crew members complained of the ship’s foul odor. The consultant provided the ship captain with a long list of recommendations for crew hygiene and odor control. The first items on the captain’s crew hygiene list involved providing the crew with a change of undergarments. Early the next morning, the captain called the crew members together on the deck and announced, “To begin our new hygiene program, I would like for each of you to change your underwear everyday. Smith, change yours with Jones. Johnson, yours with Vickers. Peterson, yours with Michaels.”

Clearly the captain didn’t understand what the consultant really meant by “change.” Many leaders find themselves in similar situations. When an attempted change results in failure, organizations often equate change with failure. Over time, organizations can become programmed to resist change, causing leaders to spiral downward and be usurped through a takeover, bankruptcy, or divestiture.

How can today’s business leaders pursue excellence, change the organization, and reverse the spiral? First, we must understand what gets in the way of change and explore why business leaders resist making bold changes required for success.

Most senior executive leadership teams are filled with highly intelligent, capable executives with a track record of success. Executives have a broad range of understanding and experience in finance, engineering, legal, risk management, and human resources, to name a few. However, executives may become distanced from detailed operations for a few years or may not have industry-specific knowledge. This lack of expertise turns into the hesitation to drive change in the right direction.

For example, an engineer in a large chemical company caught the ear of the manufacturing SVP regarding a new product distribution method requiring the company to outsource distribution, improving margins by 10%. The engineer test marketed the idea with a few customers and it was well received. The general manager of logistics quickly protested the change, indicating outsourcing would hurt connectivity with the customers. His argument was complete balderdash. The logistics GM secretly revealed that he was close to retirement and didn’t want to leave the company with the legacy of having to lay off his entire staff of long time chums.

Unfortunately, the SVP of manufacturing didn’t have the customer expertise to make the call and overturn the logistics GM’s recommendations, so the idea was turned down. A few years later, the young engineer joined a competitor. His ideas were adopted in a few years and profits rose at his new company. Soon after, the competitor purchased the engineer’s former company in a stock buy out. The logistics GM was granted his retirement a year early and the manufacturing SVP lost his position. The manufacturing SVP’s lack of expertise blocked the change recommended by the engineer.

A large oilfield service company’s CFO was approached by a junior marketing manager with an idea allowing the CFO to reduce the number of administrative accounting hubs and significantly reduce staff overhead. The marketing manager wanted to streamline the customer pricing and contracting process with an automated work ticket billing system. The new system would reduce manual billings created by the hundreds of administrative support staff in the field offices around the world. The operations VP protested the idea, claiming the field administrative requirements were too unique to standardize the company on a work ticket billing system. Secretly, the operations VP was comfortable having the administrative staff on site and did not want to lose control of the billings.

The CFO wasn’t sure who was right or if she should approve the change. She had a banking background and did not have a complete understanding of the back office billing processes. However, she did have a trusted confidant in the field operations controller. The field controller had spent years in various divisions in the field, understood the billing process, and came from one of their marquee customers. The CFO confided in the field controller’s expertise. He fully supported the marketing manager’s suggested changes. The change was test marketed in two regions, and administrative costs dropped dramatically. Today, the oilfield services company is rapidly growing and has been able to leverage their technology to acquire more customers in their market. The CFO’s ability to trust someone else’s expertise enabled the change.

An SVP of operations at a midstream oil and gas company rose quickly through the organization. What the SVP lacked in operational expertise was offset by his discernment, leadership, and vision. He was well on his way to becoming CEO, taking the company to new heights. Prior to becoming SVP of operations, he was given charge of one of the fledgling operating divisions as division VP, western U.S. When he acquired the western division, his team seemed complacent. Any new idea seemed to fall on deaf ears.

Early one morning on a field visit, he asked a senior maintenance supervisor about the complacency in the division. The supervisor revealed multiple failed attempts at change and a lack of direction from the long-standing middle management team. It was time for change. The division VP quickly reorganized his division management team. Protests were heard: “You can’t fire Joe! He may be difficult to work with, but he’s the only one who understands our marketing systems and customers.”

The division VP had the guts to ignore the group think, removed most of the middle management team, and turned the division into the one of the most successful in the company. Today, as SVP of operations, he is effecting change across the organization, and the results have paid off through integrating additional pipelines and growing a profitable business.

Change leadership is not simple anymore. The business environment is too complex for senior leadership to be experts at everything and expect success. The business leaders of today need the guts to make the difficult changes and have certain experts in the organization who can provide sound advice when changes are needed. 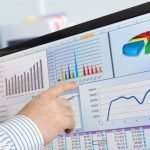 What Are You Hiding? Finding Metrics That MatterArchive 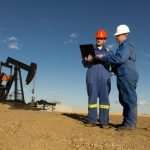 Crew Pushers and Technology: It’s Not like Oil and WaterArchive