An increasing number of today’s international companies recognize the benefits of connecting the entire organization through one accounting and operational platform. A global ERP system eases the pain of consolidated reporting, increases the speed at which the company communicates, provides innumerable efficiencies in terms of global master data, limits dual data entry, and simplifies the intercompany transaction process.

However, with the many benefits of a global ERP system come the challenges inherent in launching an ERP system across borders, oceans, and cultures. The most common and significant challenges encountered during a global system implementation are outlined below.

The need for round-the-clock system support for offices overseas is often overlooked in a centralized company. Companies with centralized IT support underestimate the frustration employees across the world feel when waiting hours for assistance. If end users experience technical difficulties or are stumped by system functionality for hours at a time, productivity drops and the company loses money. Lack of support damages user acceptance and encourages “neglected” users to devise external, and often detrimental, workarounds.

Companies launching a system overseas should be prepared to have on-site support in each regional office for two to three weeks prior to and post go-live. Long-term, companies should offer at least one full-time system support expert in each time zone. System support experts can be new employees hired for the express role of system support, such as business analysts or system administrators. Alternately, existing employees can be identified as superusers during design and training. Superusers should be employees who demonstrate a strong understanding and comfort level with the new system and a knack for helping other users learn the system. At a minimum, there should be one system support expert in each hemisphere to ensure an increased overlap of business hours.

2. Don’t bite off more than you can chew: Regional rollout vs. Big Bang theory

Many companies are overly eager to launch a new ERP system globally and are tempted to opt for the Big Bang approach to go-live, meaning all regions flip the “on” switch at one time. This approach does offer benefits such as cost-savings, high levels of enthusiasm and momentum, streamlined processes and training schedules, and consolidated reporting efficiencies. However, companies should elect this approach with one key caveat: only go for Big Bang if you have the resources to support it.

Companies should only attempt the Big Bang launch if they have a large enough implementation team to put people on the ground in each region for go-live. In the vital weeks of training prior to launch and the critical weeks of operation post-launch, one of the most essential requirements is responsive, competent, and timely support. Without it, user adoption will suffer and the new system and its processes will struggle and eventually fail.

A company with a smaller implementation team is better suited to launch using a regional rollout model, which ensures one region is relatively self-sufficient before rolling out the next region. This phased approach usually means a longer timeline and increased implementation cost, but it mitigates the risk of launching everything at once and experiencing global failure because the implementation team’s attention and effort was spread too thin.

3. Be aware of cultural differences and leverage them wisely

One of the joys of working on international projects is making connections with people around the globe, appreciating similarities and learning cultural differences. Generally speaking, Westerners are generally less hesitant to express dissent, disagreement, or dissatisfaction. Companies should be aware of this tendency during the system design phase of the implementation and strongly encourage Eastern offices to contribute system requirements and design suggestions. An effective way to encourage this is to approach the system blueprinting as a collaborative effort instead of, “Tell us everything that is wrong with the current system.”

End users in Eastern countries are often quicker to rely on training manuals and self-troubleshooting before reporting an issue. Conversely, end users in the West are inclined to reach out to system support immediately upon encountering an issue. Because of this dynamic, it’s a best practice for companies to begin regional rollouts starting in the eastern hemisphere and progress west. The East’s propensity toward self-sufficiency means that they usually require less intensive post-go-live support, which will free up the implementation team to focus on the next regional launch.

In an international implementation, the increased size, scope, and complexity of the project increase the likelihood of complications. Trenegy has helped companies successfully implement ERP systems around the world. To learn more, contact us at info@trenegy.com. 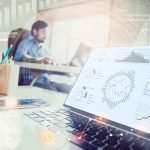 Get More out of Your Existing ERPArchive