Project management is not a far cry from battle. When a company hires an outside consulting firm, much like the military employing a special forces unit, they invest in an asset specifically designed to maximize their existing staff of soldiers. You want to get the most out of your specialists (or consulting help) by preparing a staff of project warriors who are battle-tested and mission-ready.

Although one team member’s actions may prove heroic in one battle, their efforts alone will never win the war. In the same way, a company’s hardest working employee can never guarantee success of the project in its entirety, even with the back-up squadron. Wars demand a well-conditioned team, diligent forethought, and detailed environment understanding only true generals can identify.

Companies often rely on a team’s past success to gauge risk or profitability on a new project. But the project team will lose one small battle after another if team members can’t commit time, don’t have the background, aren’t awarded the authority to make decisions, or aren’t held accountable for results. Like an officer on the field of battle, a company must do a complete personnel gear check before lunging head first into a long-term project, whether it’s organizational restructuring or a full ERP system implementation. Here’s a simple questionnaire about your team straight from generals who have seen success and failure:

Do Your Soldiers Have Time?

Dynamic employees are typically pulled in every direction the company is heading, answering to many sergeants and wearing multiple helmets. The same dynamic soldiers will notoriously pile more on their plates than they are capable of completing proficiently. The best way to gauge your team’s bandwidth is to ask specific, direct questions about their workload and schedule. Instead of prompting a soldier with, “Do you have time to help our consultants with a project in the next few weeks?” try, “Can you commit to four to five hours of extra work during the next three weeks?” Direct questions beckon direct answers.

Do Your Soldiers Have Skills?

A necessary project, or battle, could arise at any time, lending a company no time to train or fully equip an employee in detailed industry or software knowledge. Short of putting the business on pause, the only tool you’ll have to fall back on will be the preparation you’ve done before the blitzkrieg. You rely on a robust recruiting process, but do you apply a vigorous expertise filter to your future project teams? Spend a day gauging both the knowledge and the ability of employees assigned as stakeholders on the mission, outlining specific experience and understanding while also gauging their desire to learn. Hesitancy to enlist a more adept soldier could result in financial, timetable, and market losses.

Do Your Soldiers Have Authority?

Training and experience are invaluable qualities in a team member, but without the proper authority, a soldier will not be able to make decisions necessary to the team’s success. By imparting the self-assurance that comes with control, you equip your squadron with instrumental decision-making confidence, allowing them to lead individually on micro projects within the larger schemata. For example, directing an accountant to maintain oversight on all financial decisions can be as simple as requiring CCs on certain emails and has historically caught costly budgetary and ledger mistakes. Empower the team you trusted in your hiring process.

Do Your Soldiers Have Accountability?

By explicitly outlining the obligations of each team member, you’ve created clarity. You maintain harmony by holding each soldier to their duties. Just as our government operates with a system of checks and balances, every great project team needs outlined structure, constructs, and limits to efficaciously complete their duty. To tangibly reach this goal, demand clear lines be drawn on specific responsibilities no matter how small the undertaking. Need a third party to assist? Outline their role as well, communicating up front and throughout the duration of the project.

Feel like you’re fighting a losing battle with your current battalion? Trenegy provides the expertise needed to build and maintain teams of your employees. Whether it’s change management, standardizing processes, or implementing a new back office system, we can help you prepare for growth and change quickly and painlessly. 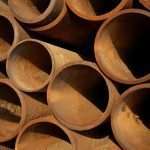 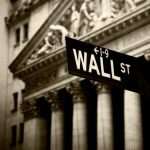